Austin ENT Clinic requires all patients, employees, and visitors to wear masks in all clinics.

AENT will also continue offering telehealth appointments for your convenience and safety. 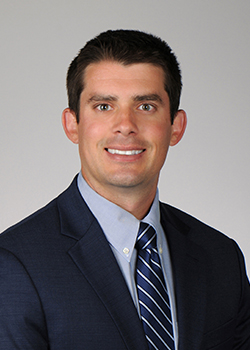 Dr. Ryan Boerner is an Austin native and attended the University of Texas at Austin. He completed his medical school training at the University of Texas at Houston McGovern Medical School where he graduated in the top of his class and was nominated to the Alpha Omega Alpha Honor Medical Society. He spent additional time during medical school at the MD Anderson Cancer Center and authored numerous research publications.

Following medical school, Dr. Boerner completed his Otolaryngology - Head and Neck Surgery training at the Medical University of South Carolina, which is one of the top-ranked ENT training programs in the country. During his residency, he was awarded the Magnolia Resident Research Award and the Perry V. Halushka Research Award for his research on hearing loss. Dr. Boerner also received the F. Johnson Putney Resident of the Year award while at MUSC.

Dr. Boerner has a special interest in treating all adult and pediatric ENT issues including sinus and allergy, thyroid/parathyroid disorders, salivary gland diseases, ear/otologic diseases, vocal cord/airway disorders, obstructive sleep apnea, and head and neck cancers. He has additional training in the newer technologies of salivary endoscopy and balloon sinuplasty.

Dr. Boerner sees patients at the Central and North Austin locations. Away from the office, he is an outdoors enthusiast and enjoys spending time with his family, kayaking, fishing, and golf.